How did you first hear of SPFBO and which, if any, books have you read from this year or past years?

My husband, Patrick Samphire, was the one who first alerted me to SPFBO a few years ago and encouraged me to enter it with my long novella/short novel Snowspelled. That one made it to the semifinals, which was really exciting, but the overwhelming consensus was that it was just too short to be seriously considered for the finals against other, full-length novels. Still, I enjoyed the whole experience so much – and I got to know so many more bloggers and readers and writers through it! – that I knew I would want to try again whenever I next published a full-length fantasy novel for adults.

Obviously, it won’t surprise you that I’ve read Patrick’s book Shadow of a Dead God, which was a SPFBO finalist last year! 😉 And I’ve read and enjoyed many others over the years, including one of my co-finalists this year, Quenby Olson’s Miss Percy’s Pocket Guide (to the Care and Feeding of British Dragons), which I absolutely adored. I’m looking forward to reading every book on this year’s list!

On Twitter you shared some thoughts about immigration, cozy romance, and how many authors don’t research that too thoroughly before writing their romance story – care to elaborate?

Ha, yes. I grew up American, fell in love with a British guy (fellow writer Patrick Samphire), moved to the UK as a graduate/postgraduate student in order to be with him, and ended up getting married and settling down here in the UK (where I’m now a dual US/UK citizen). So you’d think I’d just love all those cute rom-coms where American women fall for British men and move over here (generally to super-quaint villages nothing like most of the real UK)…

…except that unfortunately, I now know TOO MUCH about the real-life immigration process! It was hard and expensive but not impossible back when we first met in 2001, and I was lucky to get my citizenship process completed in 2008, under a Labour government. Unfortunately, when the Tories took over a few years later on an anti-immigrant platform, immigration from every non-EU country (including the USA) went from hard/expensive to nigh-on impossible for most international couples. I would never have been allowed to immigrate here under the current laws, even after marriage!

UK residency and citizenship options are very much based on each individual’s income level (for instance, British nurses and teachers legally don’t make enough money to be “worthy” of gifting UK residency and/or citizenship to their own American spouses!), the whole process is intentionally tortuous…and therefore, when I read those contemporary rom-coms (which often star American women who certainly aren’t wealthy meeting sweet British guys who work ordinary jobs), I just end up feeling stressed about how incredibly upsetting it will be for this poor couple when they have to leave the UK in order to be allowed to stay together! It really ruins the cozy, romantic mood, to say the least. 😉

Would you say you’re a “disciplined” writer with a fairly regular writing routine or a sprint writer where it all comes at once and then leaves and you get blocks?

I’m a fairly disciplined writer, mostly because writing is what keeps me happy, grounded, and fulfilled. When I don’t write regularly, I get frazzled, stressed, and snappy, so it’s best for everybody that I get it done!

Some authors say their characters talk to them and make their own decisions. Are you the boss, or are your characters the decision-makers?

I think it’s an intuitive process, so I do know what those authors mean, although I wouldn’t go quite so far in my own description of it. I think that one of the most important requirements for immersion in any story is real character integrity. In other words, every decision that a character makes throughout the book has to ring true to their personality as it’s been developed across the story – so when I try to plan character decisions/reactions too far ahead of time, I do frequently run into problems when those planned decisions/reactions don’t feel realistic in the moment, after all. That’s not down to magic, though – it’s just that I’ve come to understand these characters more clearly across the arc of the story, so I now understand that those decisions/reactions I’d planned are NOT, after all, plausible, and readers would never believe in them if I tried to push them through.

If you could pick three ‘formative’ SFF franchises across any medium, movie, tv show, book, comic, video games, which three would have had the most influence on you?

The Lord of the Rings, Babylon 5, and Doctor Who!

Okay, we can’t not talk about the charity cat calendar and your cat, Pebbles. So, why the name Pebbles? What’s your favorite story about her? Is she your only pet? 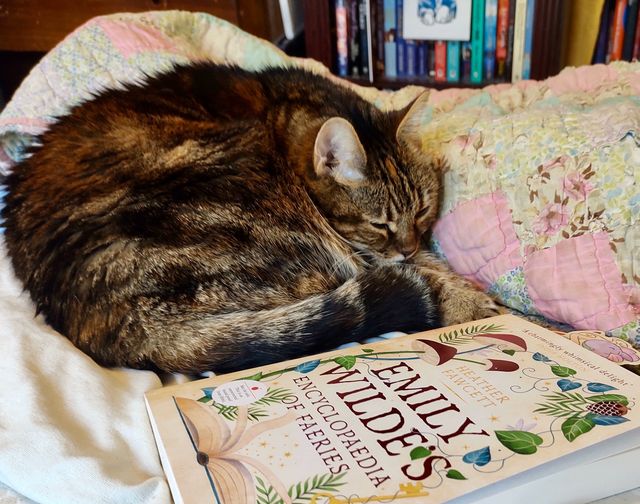 Pebbles came with her name already attached when we adopted her 5-½ years ago. I asked a local cat rescue group for a cat who was affectionate and good with kids…and oh, wow, did they deliver! Pebbles has become the undisputed princess of our household, and all four humans in the house dote upon her. She is our only pet, because we promised the rescue organization not to put her through the stress of having to deal with any other felines in her life. She loves people but not other cats – and she wants ALL the petting in the household! 😉

She has provided purring supervision to our whole family ever since we adopted her, but I think the first moment I realized just how special she would be was about a month afterwards, when my older kid was feverish and lying on the couch in our living room feeling terrible. I heard Pebbles make the strangest muffled meow as she came hurrying down the stairs towards us – and then I watched in shock as, with a huge amount of effort, she proudly carried over one of my kid’s very favorite soft toys, which she’d gone to get for him from his bedroom! It was small for a soft toy but BIG and awkward for a cat her size to carry – and yet she made it all the way to the couch to give it to him, just to cheer him up. Then she curled up on the couch next to him for the next few hours to keep looking after him through his illness, and my heart grew about three sizes.

My husband and I both take thousands of photos of Pebbles every year, so when Stephen Aryan asked for donations of authors’-cat photos to raise money for a cat rescue group, it was an absolute no-brainer for me to send on a photo of Pebbles. We can’t wait to have that calendar hanging on our wall throughout 2023!

We share Galaxy Quest as a favorite movie – which crew member do you identify most with?

Ooh, good question. Honestly, Alan Rickman’s character is my very favorite! But who could NOT empathize with Sigourney Weaver’s frustration at the ridiculously gendered limitations of her role?

You seem to bake a lot, what’s your favorite dessert?

I love baking! It’s one of my favorite forms of stress-relief. I think my very favorite thing to bake is apple pie (using my dad’s recipe – he’s a master pie-baker!), but that one is a complex, time-consuming recipe, so I only make it a few times a year. The dessert I make most frequently for my family is this gorgeous vegan brownie recipe, which we all love. (I’m not vegan myself, but this is my favorite brownie recipe.) https://www.allrecipes.com/recipe/68436/vegan-brownies/ 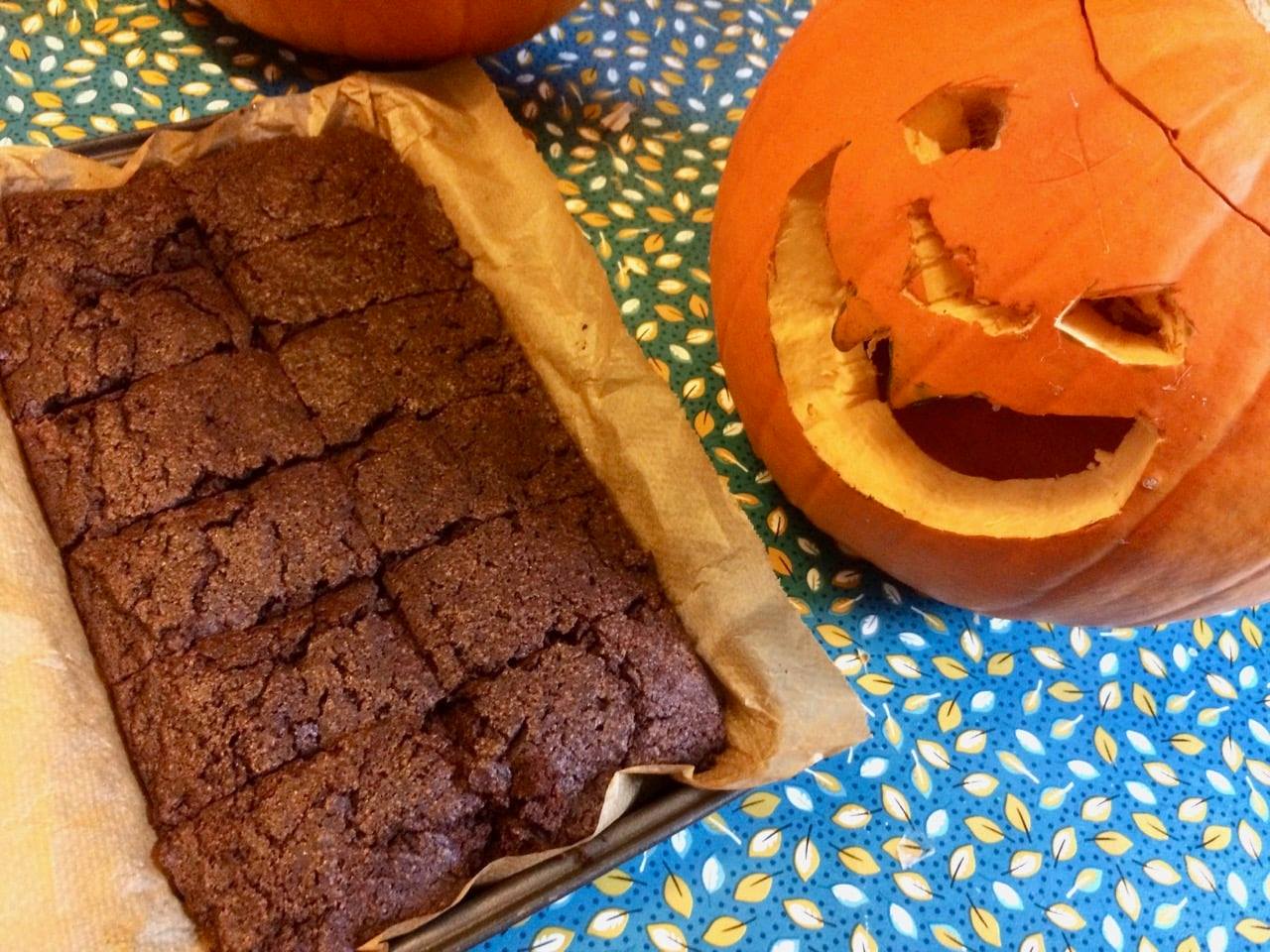 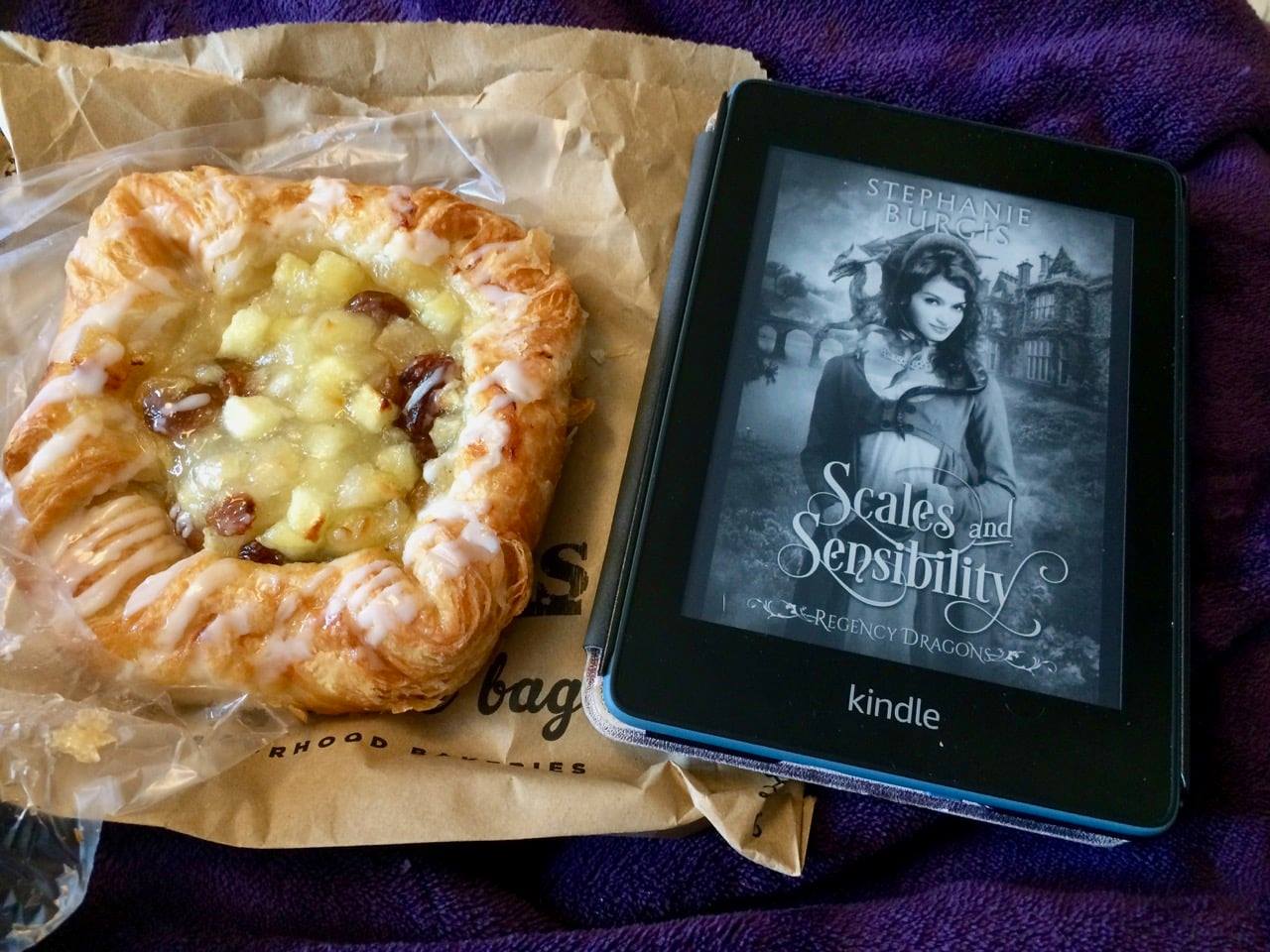 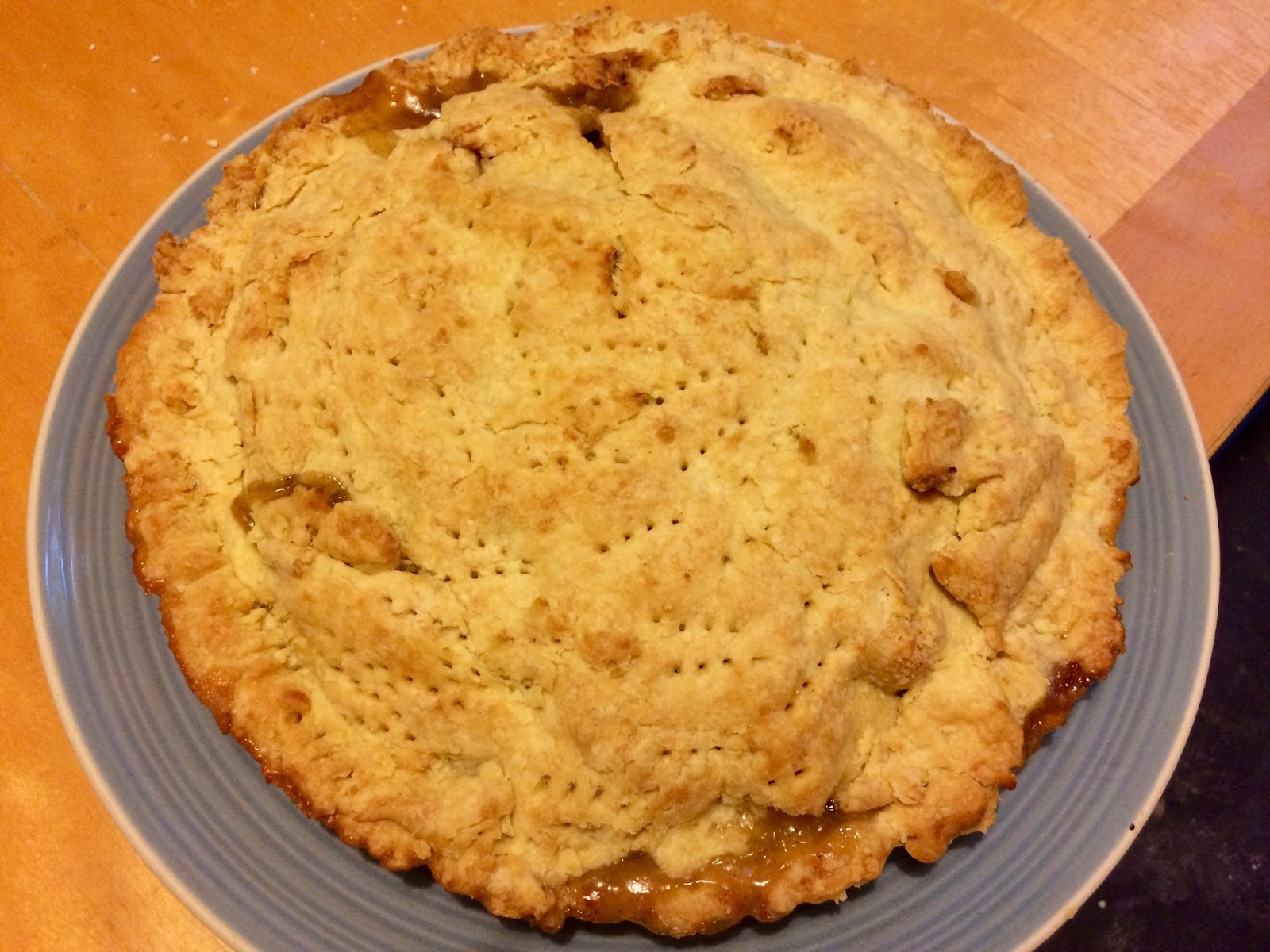 Thanks for taking the time, Stephanie!!!